Finally The Most Anticipated Debut Project By Mr P titled “The Prodigal Album” Is Out!

Peter Okoye—a veteran of P-Square, the pop duo he started with his twin brother, Paul— stepped into his solo career with tracks like “Cool It Down”, “Zombie”, ‘One More Night‘ and “Ebeano”, which scooped up multiple awards. Alongside his lifestyle, sports and entertainment businesses, he cements his solo music career with the 2021 release of his debut album, The Prodigal today April 2nd, 2021.

From this new album, Mr P had earlier released 3 tracks; ‘Follow My Lead‘ as a single, ‘Just Like That‘ and ‘Paloma‘ as an exclusive.

When discussing “Follow My Lead” (which features a guest spot by Wande Coal), he reveals his philosophy: “Through my journey in life and as an artist, every battle I’ve won, big and small, has been because I followed my instincts,” Okoye tells Apple Music. “When you know exactly who you are and what you’re capable of, you learn to trust yourself. And that has made it easy for me to follow my own lead.” 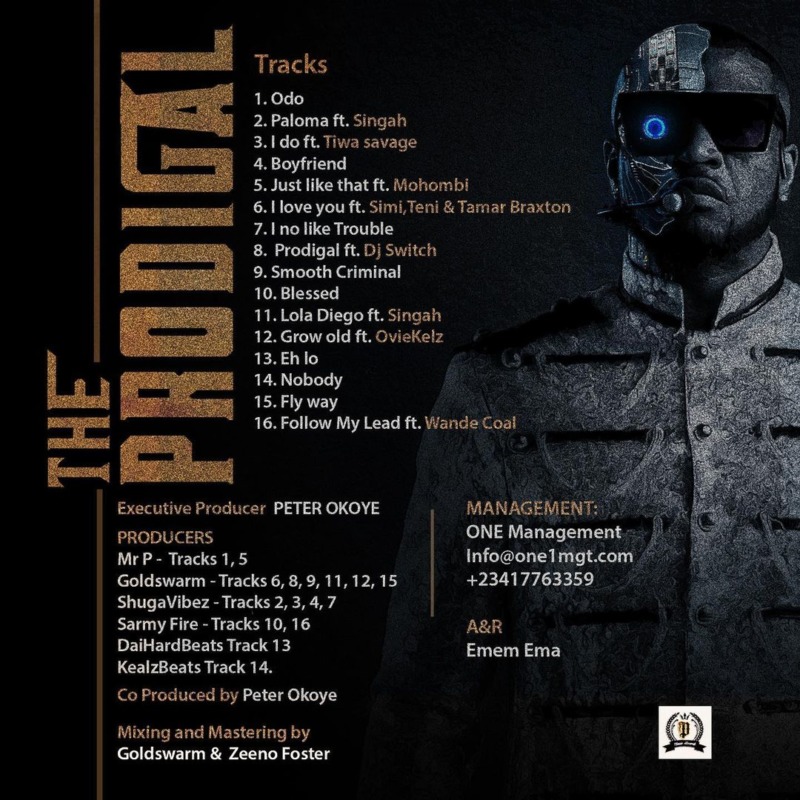 Blending dancehall with pop and classic R&B with Afrobeats, the album features collaborations with Tiwa Sawage (“I Do”) and Singah (“Lola Diego”)—and even manages to bring together Teni and Simi with American R&B star Tamar Braxton (“I Love You”).

Listen to the full body of work below

STREAM/BUY On All Digital Stores