Just a day after discovery of Index Covid-19 case in Plateau State, early on Saturday morning, 25th April very many persons were seen gathered without observing ‘Social Distancing’ at Farin Gada market area in the outskirts of Jos, the Plateau State capital. Reports gathered that they were there to protest against the State Government’s failure to fulfill its promise to them.

The women holding leaves, in their thousands have blocked the Zaria road that encompass Farin Gada, Stadium, Alheri, Command school, Algadama junction, NEPA, Mile 7 and other roads insisting that they won’t leave the road until the state government provides them with palliatives as earlier promised. They said they were suffering from ” Covid 20 ” which they also described as “Hunger virus.” 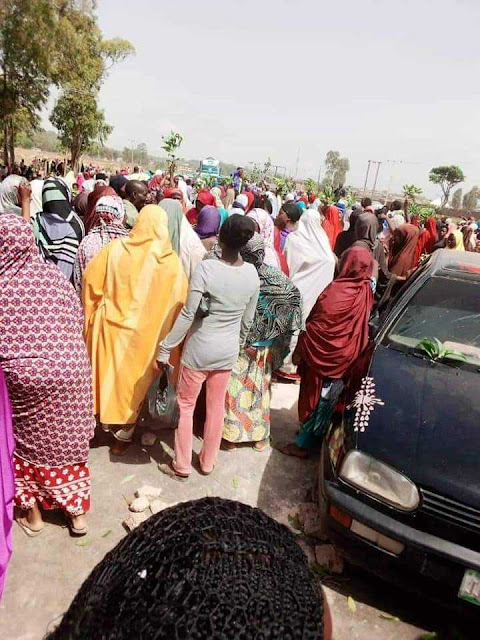 As at the time of filling this report, a call was put through to the Commissioner of Information, Mr Dan Manjang who said he will find out from the committee on palliatives and get back on adopted measures.