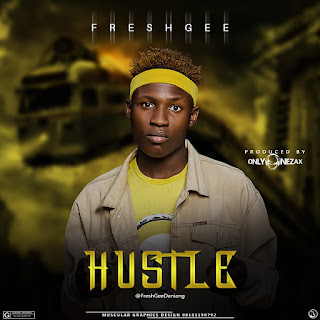 In anticipation for The most talked about event in the city of Jos “Jtown’s Favorite Concert“, Afro Singer Fresh Gee disseminate this master piece upon us titled ” Hustle“.
On this new release, Fresh Gee proves that he is on a level of his own and also He gat music in his blood stream.
What are you expecting from this produced tune by Only One Zax?
Download, Listen and comment below.

DOWNLOAD MP3: Fresh Gee – Hustle [Prod. by Only One Zax]